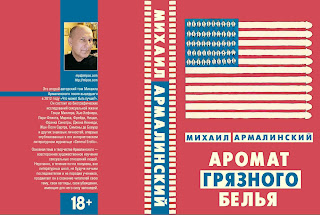 This is the second volume by Mikhail Armalinsky in the series that began with the publication of What Could Be Better? in 2012.
The volume consists of biographical research into the sexual lives of Henry Miller, Hugh Hefner, Larry Flint, Karl Marx, Sigmund Freud, Nietzsche, Frank Sinatra, John Kennedy, Jean-Paul Sartre, Simone de Beauvoir, and other famous personalities, and was first published in his online journal General Erotic.
The main theme in Armalinsky’s work is the comprehensive study of human sexual relationships. Working outside of any literary school, following no one and producing no followers, Mikhail Armalinsky has tirelessly, over the course of half a century, promoted in the consciousness of his readers his themes, views, and convictions, which for him have the force of commandments.