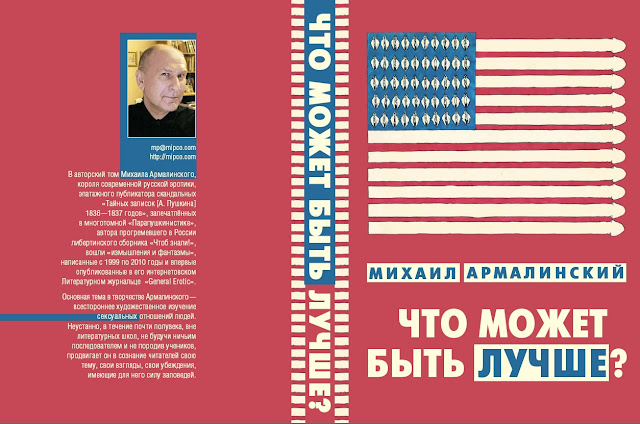 Mikhail Armalinsky is the king of modern Russian erotica. He is the publisher of Pushkin's Secret Journal 1836-1837 translated in 25 countries and the author of libertine volume "So That You Know!"


The main theme in Armalinsky works is artistic and comprehensive study of human sexual relationships.
Mikhail Armalinsky tirelessly, beyond the canons of any literary schools, not following anyone and soliciting no followers, he instills into his readers’ minds his theme, his views, and his convictions, which carry for him the power of commandments.