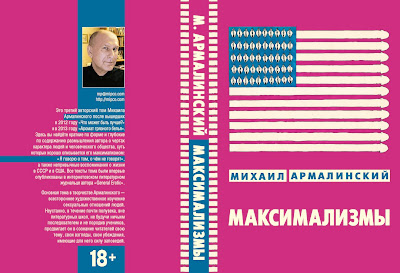 This is the third volume of original writing by Mikhail Armalinsky. The first volume, What CouldBe Better?, appeared in 2012, and the third volume, The Scent of Dirty Laundry, in 2013. The third volume includes short but profound meditations on the nature of human beings and of human society, the essence of which is best described as maximalist: "I talk about things that aren't talked about?" The volume also includes unusual reminiscences about the author's life in the USSR and the USA, under the titles Life No 1 and Life No 2.
These works were first published in his online journal General Erotic.
The main theme in Armalinsky's work is the comprehensive study of human sexual relationships. Working outside of any literary school, following no one and producing no followers, Mikhail Armalinsky has tirelessly, over the course of half a century, promoted in the consciousness of his readers his themes, views, and convictions, which for him have the force of commandments.